Writing about Think Tanks and using their research

Writing about think tanks and using their research: A cautionary tip sheet 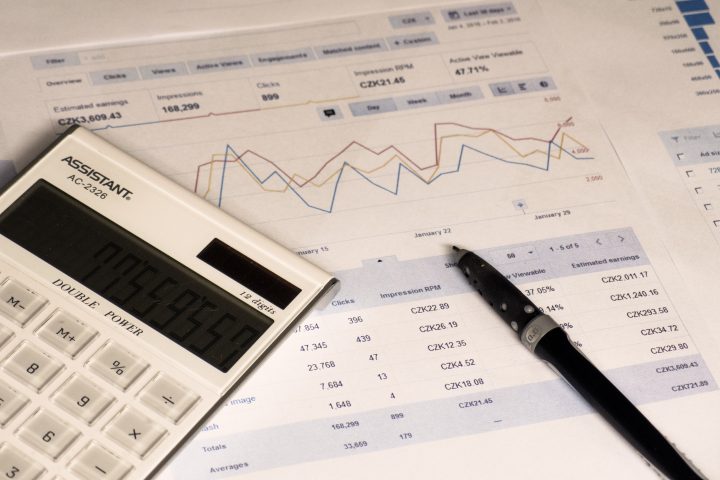 Think tanks often provide valuable and impartial policy research. But entrenched conflicts of interest across the political spectrum, and pandering to donors, often raise questions about their independence and integrity. A few years ago, think tanks were seen as places for wonky scholars and former officials to bang out solutions to critical policy problems. But today, as the Boston Globe has written, many “are pursuing fiercely partisan agendas and are funded by undisclosed corporations, wealthy individuals, or both.”

This tip sheet aims to help journalists ask critical questions before citing a think tank’s research or experts. Many think tanks have non-profit status, allowing you to view their tax records. Others receive support from foreign governments looking for friends in Washington. There are ways to scrutinize top officers to expose conflicts of interest. These tips can help you determine if a think tank has an agenda beyond what it might declare on its website. Quoting a think tank without identifying its leaning or motivation is a disservice to your audience and could undermine your story.

What is a think tank?

The Columbia University libraries calls the term ‘think tanks’ “an imprecise phrase used to describe a wide range of non-profit research organizations which engage in public policy analysis and research, and often advocate solutions. Some are strictly nonpartisan, researching policy issues without regard to political outcomes, while others see one of their main functions as that of providing intellectual support to politicians or parties. They are as ubiquitous in the American political scene as interest groups, media consultants, ‘spin doctors,’ and the political parties themselves.”

A few other definitions:

Nonprofit: Many think tanks — along with advocacy groups, credit unions and private schools — have nonprofit status. Because fulfilling a public good, rather than profit, is their motivation, they are often exempt from paying federal tax under section 501(c)(3) of the Internal Revenue Code if they meet certain criteria. Nonprofits must not benefit private interests or shareholders and are limited in how much they can lobby. They are a boon to researchers because 501(c)(3) status requires an organization to make its tax filings public (see tax section below).

Nonpartisan means the organization is neutral and not aligned with a political movement or ideology. But there is little legal criteria for adopting the rubric and a nonpartisan group could, in theory, still have a political leaning.

Foundation: A foundation is a non-governmental organization or charity that typically makes grants to other organizations. They are often funded by an endowment or a bequest. “Foundation” is not a legal term; not all foundations make grants. But if it is a nonprofit, it must make its tax filings public.

Non-governmental organization (NGO): A nonprofit group that is neither part of a government or a for-profit business, but receives funding in the form of grants from governments, foundations, business or individuals. (BRAC, a Bangladesh-based organization that has pioneered microfinance, is an example.)

Watchdog: Theoretically, this is a nonpartisan group (often nonprofit, too) that aims to hold other organizations accountable. The Project on Government Oversight is an example.

GONGO: GONGOs (rhymes with “bongos”) are “government-organized non-governmental organizations.” Yes, it’s an oxymoron. Meant to be distractions, these are often run by authoritarian countries as a way to adulterate criticism from human rights groups and other watchdogs. As the U.S. ambassador to the Organization for Security and Cooperation in Europe put it: GONGOs are “fake organizations that will shill for the government in an attempt to distract from repressive failings. GONGOs defend countries’ policies, attempt to delegitimize genuine civil society voices, and consume time, space, and other limited resources that could be used for real, meaningful dialogue.”

In August 2016, The New York Times reported that some of the biggest names among Washington think tanks were accepting donations from major corporations and then appearing to do those firms favors. For example, the Brookings Institution accepted hundreds of thousands of dollars from a real estate developer. Brookings then made one of the developer’s executives a senior fellow and praised its controversial $8 billion investment in San Francisco. In another case that the Times reported, a Verizon employee who was also a scholar at the conservative American Enterprise Institute lobbied Congress repeatedly to veto new regulations for internet providers like Verizon.

Stephen Kinzer highlights numerous conflicts of interest in the arms lobby in this 2016 piece for the Boston Globe. The United States Institute of Peace (USIP), a think tank that stands on the principle that “conflicts can be resolved without violence,” is chaired by Stephen Hadley, who served as George W. Bush’s top foreign policy advisor and sits on the board of Raytheon, a major arms manufacturer. At USIP, Hadley has called on European countries   military spending and urged the West   Ukraine. Companies like Raytheon stand to benefit from increases in military spending.

In the Washington Post, Tufts University political scientist Daniel Drezner explains how consulting firms are competing with think tanks, creating a new set of conflicts. “[T]heir advice is biased toward highlighting their services. You will not see Booz Allen or McKinsey recommend against government outsourcing, for example. In foreign policy, they care about making money, which means they will neglect the parts of the world with no profit centers. These are often the places that become foreign policy hot spots,” Drezner writes. Elsewhere in the piece, he notes how “at the Council on Foreign Relations, a six-figure corporate contribution comes with three CFR briefings ‘tailored to the company’s interests’.”

There are think tanks that rate think tanks and watchdogs that watch think tanks and all sorts of foundations and non-profits out there monitoring or promoting each other. Everyone has opinions. Some people have conflicts of interest. This guide is not exhaustive. Some of the resources here could be partisan or pushing an agenda. And a lot of these definitions are easily blurred.

The University of Pennsylvania publishes a comprehensive annual ranking of think tanks. It lists the Brookings Institution as the best think tank out of 6,846 catalogued worldwide. The director of the center has a new book called The Fifth Estate: Think Tanks, Public Policy, and Governance. It was published by Brookings, notes the Think Tank Watch blog: “While there is not necessarily a quid pro quo going on, there is certainly an appearance of one. After all, are you going to downgrade a think tank or give it unfavorable treatment if that very think tank is publishing your book?”

All nonprofits must file a Form 990 with the IRS, regardless of whether they owe the government money. If the nonprofit does not publish its 990, you can find it through GuideStar (many public libraries have subscriptions), which hosts tax returns for some 1.8 million nonprofits. ProPublica also has a database of 990s and other nonprofit information.

The 990 form includes key officers and their salaries, contact information as well as the organization’s financial statements. It also includes essential information on finances, assets, investments and expenditures, staffing changes over time and sub-organizations. The footnotes can help generate story ideas. The section called “Schedule C: Political Campaign and Lobbying Activities” will show if the organization engaged in lobbying, though there will be little information about the nature of the activities.

If an organization receives money from abroad to influence American public opinion, it is supposed to file declarations with the U.S. Justice Department under the Foreign Agents Registration Act. See our FARA tip sheet here.

Some questions journalists should ask when researching think tanks: